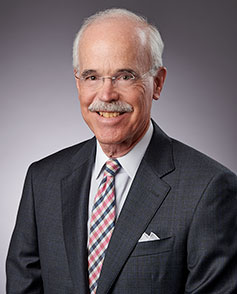 Chuck Wiggin has managed the design, development, construction, leasing, sale, acquisition, financing and operation of many large commercial real estate projects, predominantly in Oklahoma City, Tulsa, and Boston. He founded Wiggin Properties in 1981 and serves as its President and Chief Executive Officer.

Wiggin Properties began as a developer of office buildings. By the mid-1980s it was an active provider of both corporate representation services, and property management and leasing services. In 1985 the company opened its Tulsa office. In the late 1980s and early 1990s the firm served as the manager/leasing agent and subsequently disposition strategist for most of the institutional investors active in Oklahoma. Its services expanded in the 1990s to include repositioning, redevelopment, investment, development, and consulting for a wide range of properties and clients. In 1996 the firm became a founding member of the CORE Network. In 2002 a sister company became certified in the New Markets Tax Credit program, and has since invested five allocations from the CDFI Fund of the US Treasury Department totaling $157 million in projects with a total cost of $343 million. The company has created approximately eighty investment partnerships which have purchased, operated, and in some cases sold office, retail, industrial, and mixed use properties.

Wiggin began his business career with Spaulding and Slye in 1973 as a project manager in its home office in Boston. As Senior Vice President of Development, he managed the firm’s development activities in suburban Boston and later, as Southwest Regional Manager, its development, construction, brokerage and management activities in Oklahoma City.

Wiggin was a founder of Oklahoma City’s Commercial Real Estate Council, a chapter president of NAIOP, a founding sponsor of the Oklahoma District Council of the Urban Land Institute, and an alumnus of Leadership Oklahoma City and Leadership Oklahoma. He has also served as a director of InterBank, Advanced Instruments, the Oklahoma City Museum of Art, the Oklahoma City Philharmonic Foundation and Affiliated Fund, the Friends of the Oklahoma History Center, the Downtown OKC Business Improvement District, and Downtown OKC Inc. He has been active in numerous other civic and cultural organizations, serving as President of the Rotary Club of Oklahoma City, Chairman of the Rotary Club 29 Foundation and Oklahoma’s Honorary Consul for the Federal Republic of Germany. A graduate of Harvard College, Wiggin has an MBA from Harvard Business School and a JD from Harvard Law School, and has served as a regional director of the Harvard Alumni Association.